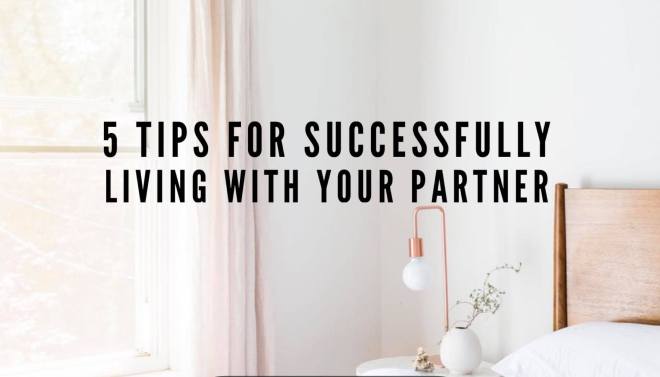 As some of you have already noticed, I’ve been taking a little break from blogging on Forever Motivated. There are many reasons for this; I lost a little motivation for my blog (ironic I know, as my blog is based on motivation), I’ve been working hard at my full time job, I’ve been writing articles for a new client but mainly, I’ve just moved in with my boyfriend!

So I thought, what better way to get back into blogging than writing a post all about it? 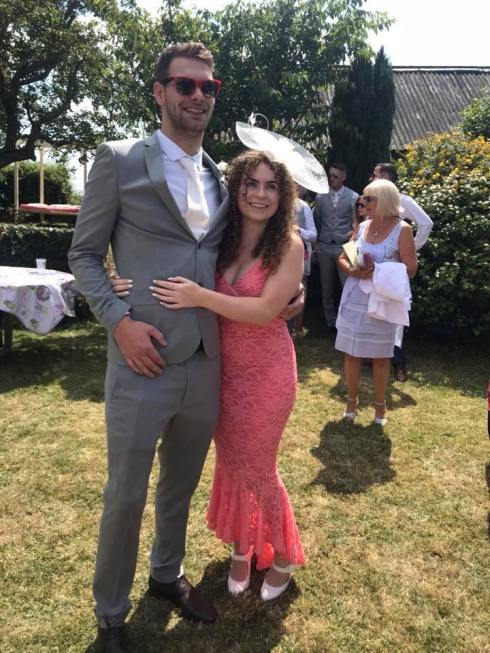 Let’s start from the beginning. Kevin and I have been together for 2-3 years (the first year was complicated so we don’t usually count it) and we made the decision to move in with each other about 4 months ago. We spent a couple of weeks looking at properties and both agreed to move into a beautifully modern and cosy flat about 10 weeks ago. So we’ve made it almost 3 months without killing each other. Woo!

I’m not going to lie to you, living together has had its ups and downs but as long as the ups outweigh the downs then it’s okay. I’ve realised a few things over the last month and wanted to share with you my tips for successfully living with your partner.

1. Come to an agreement on bills BEFORE you move in together

If your phone bill is the biggest bill you pay, then you’re going to have a shock when you make it on your own and start renting/buying a property. Bills will be coming out of your ears but the main thing to do is to sort them out as much as you can before you move in. Discuss with your partner whether you think it would be better if you get a joint account, to save one of you paying more than the other. Or if a joint account isn’t the thing for you, then work out which bills are coming out of whose account and how the other person is going to pay you for them. For instance, the rent comes out of my account and Kevin has a standing order of half of the rent going from his account to mine, and the council tax and utility bills come out of Kevin’s account and I have a standing order going into his. It’s a little bit messy and we have spoken about opening a joint account, however it is working well for now, and the standing orders prevent us from constantly asking each other if the other one has paid.

2. Give each other space

I repeat, give each other space! You don’t realise how important your space is until you live with somebody else, and I don’t mean your mum or your Uni friend. You share a bed with your partner every night, you eat dinner together every evening, you wake up together every morning – apart from when you’re at work, you’re always with your partner. As nice as it is in the beginning to be constantly cuddling and canoodling, the novelty will undoubtedly wear off and you WILL get on each other’s nerves. Kevin and I are quite lucky as we have a two/three bedroom flat which allows Kevin to have a games room and for me to have an office, as well as a living room and bedroom (obviously). When Kevin plays in his games room, I usually have a bath and read my book, or I watch old episodes of Love Island on Netflix until I fall asleep. It’s actually working really well, however it’s important to not give each other too much space, something we learned during our first month.  Every couple is different but as long as you are happy with the amount of time you’re spending together, it should all be fine. 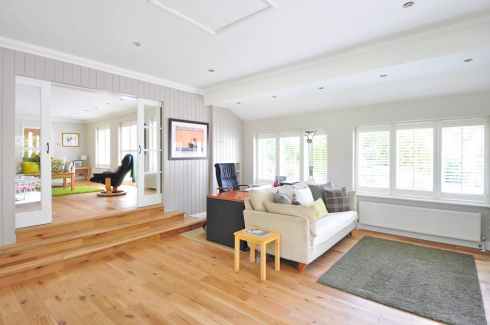 Time have changed since the woman used to run around after her man, cooking his dinner and vacuuming under his feet. Kevin and I both work full time so we expect to both help out around the house. I’m not going to lie, I definitely do more chores and more cooking but he does his fair share. We have a menu in our kitchen of the meals we’re going to have throughout the week and we choose who’s cooking what on what day. Whoever doesn’t cook, washes up and whoever doesn’t wash up, dries up. We also spend one day at the weekend cleaning the flat and so far it is working quite well. It’s best to come to an agreement on who will do what chores and then stick to it. Nobody enjoys cleaning or cooking after a hard day at work but it’s got to be done…and it’s much easier when there are four hands instead of two.

Although this is fourth on the list, this needs to be obeyed at all times. Arguments are normal and they are bound to happen when you’re living in the same space as someone for multiple hours a day. The main things to be sure of are that you never go to sleep on an argument, you never leave for work without a kiss, and you never ignore each other for more than an hour. If you do these things then the rows will last for longer than necessary and you’ll both end up feeling miserable. It’s important to give each other space when you’re annoyed but there’s no need to lose respect for each other or be unnecessarily nasty. If you’re constantly arguing and feeling unhappy then maybe living together isn’t the best thing for you.

5. Communicate about your problems

Last but not least, talk to each other! If your partner’s pissed you off, tell them. If they’ve done something that’s made you unhappy, tell them. Don’t stew on your problems as not only will it drive you crazy, you’ll end up resenting your partner and for all you know, they might not even know that you have a problem. Communication is key and as long as you’re both open and honest with each other, you should almost always be able to overcome your issues. There’s no denying that Kevin and I have our fair share of “disagreements;” we’re extremely different people; but we’ve always been able to talk to each other if one of us is upset and we’ve always sorted it out. Relationships are never plain sailing but honesty is the best policy, so speak up and sort out your issues before they escalate.